Blanca's life has been full of challenges but she has persevered to become a leader in her community.

Since we began this series, I’ve really enjoyed thinking about the leaders in our partner communities and the incredible challenges they have overcome to discover their own leadership and deliver amazing results for themselves and their communities. And I’ve thought a lot about a leader whose bravery and leadership has continued to inspire me even after our time in her community had ended.

I met Blanca in 2013 when I first began working with Mil Milagros. Blanca had a tough exterior. She had lived through her house being washed away with major floods during a tropical storm. She, and the rest of the community of Xecotoj, were relocated to a new location in a new town, and they had to start over. They built a three-room schoolhouse out of corrugated tin. They worked hard for everything the community had and that fight had hardened Blanca.

It didn’t take long, though, to see the softness in Blanca. You only had to see her with one of her four children, how she held them tight and stood proud as they showed her their schoolwork. I soon noticed that Blanca, the president of the MM Board of Directors in her community, not only showed that big heart with her own children, but with all of the children in the community.

Blanca worked tirelessly for her community, for the children. In those days, we provided money to the communities and they bought their own food for the school lunch we provided. Blanca would rise early on the weekend and take the bus down 25 minutes to the market, buy the food for school lunches for the week, and return to the kitchen to prep and store the food. It took all day. Sometimes she would have help and sometimes she wouldn’t. But she didn’t care. This was for the children and she was going to do it.

Blanca’s big heart and commitment to the children won me over, but her insatiable desire to learn new things and grow as a person inspired me. When we received a fluoride donation, something our founder, Margaret, worked hard to secure because the oral health of the children in rural Guatemala is really bad, we learned to apply the varnish ourselves. Then, we taught the mothers. Blanca, at first, was nervous. I remember her joking that her big hands wouldn’t fit into the gloves and that she wasn’t sure she could do it. She didn’t want to do anything wrong.

After observing us for a while, I saw Blanca take a stash of supplies and begin to apply the fluoride to a group of children. As with everything, Blanca observed, she asked questions, she practiced, and she did it. Blanca became so good at applying the fluoride and teaching the mothers in her community to do so, that we invited her to train mothers in two other communities as well.

The moment that sticks out as a top 10 Mil Milagros memory for me (and there are a lot of good ones) is when I went to Blanca’s community to work with her and the vice president, her best friend, to complete their quarterly report.

As I mentioned, at that time we were providing money to the communities to buy food for school lunches. So, the communities would create a quarterly report complete with their receipts from the quarter to show their expenses. The report also included an evaluation as to how the programs were progressing and any changes they suggested.

In most communities, the school leadership worked with the mothers to create the report. But, in Xecotoj, that proved difficult and Blanca decided that she would do it. We sat down for their third quarterly report and I expected the vice president, Rosa, to begin typing. Instead, Blanca declared that she wanted to try to use the computer. She had never used a computer. But now was the time to learn.

Rosa happily pushed my laptop toward Blanca and explained how to use the keys. Blanca said she’d probably just add one receipt to the table and Rosa could do the rest, but we all knew that wouldn’t happen. Several hours later, Blanca had used a computer, completed her first report, and showed herself once again, that she could do more than anyone ever thought she could, especially Blanca.

That’s the thing about leaders. Sometimes, without even knowing it, leaders continue to inspire us. I’m so grateful to Blanca for showing me and so many, including her children, what one can do when they are brave and begin to believe in their abilities. 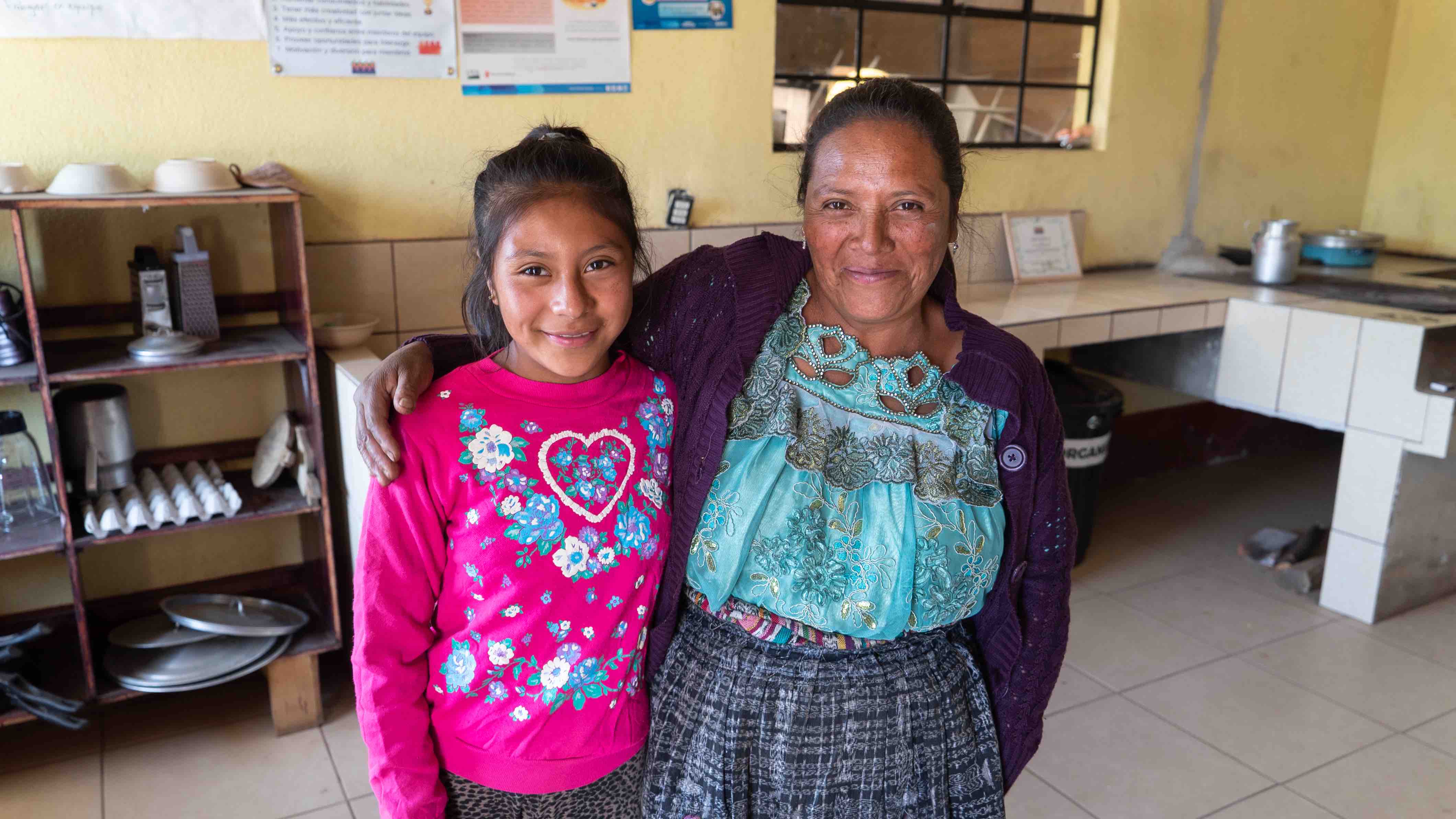 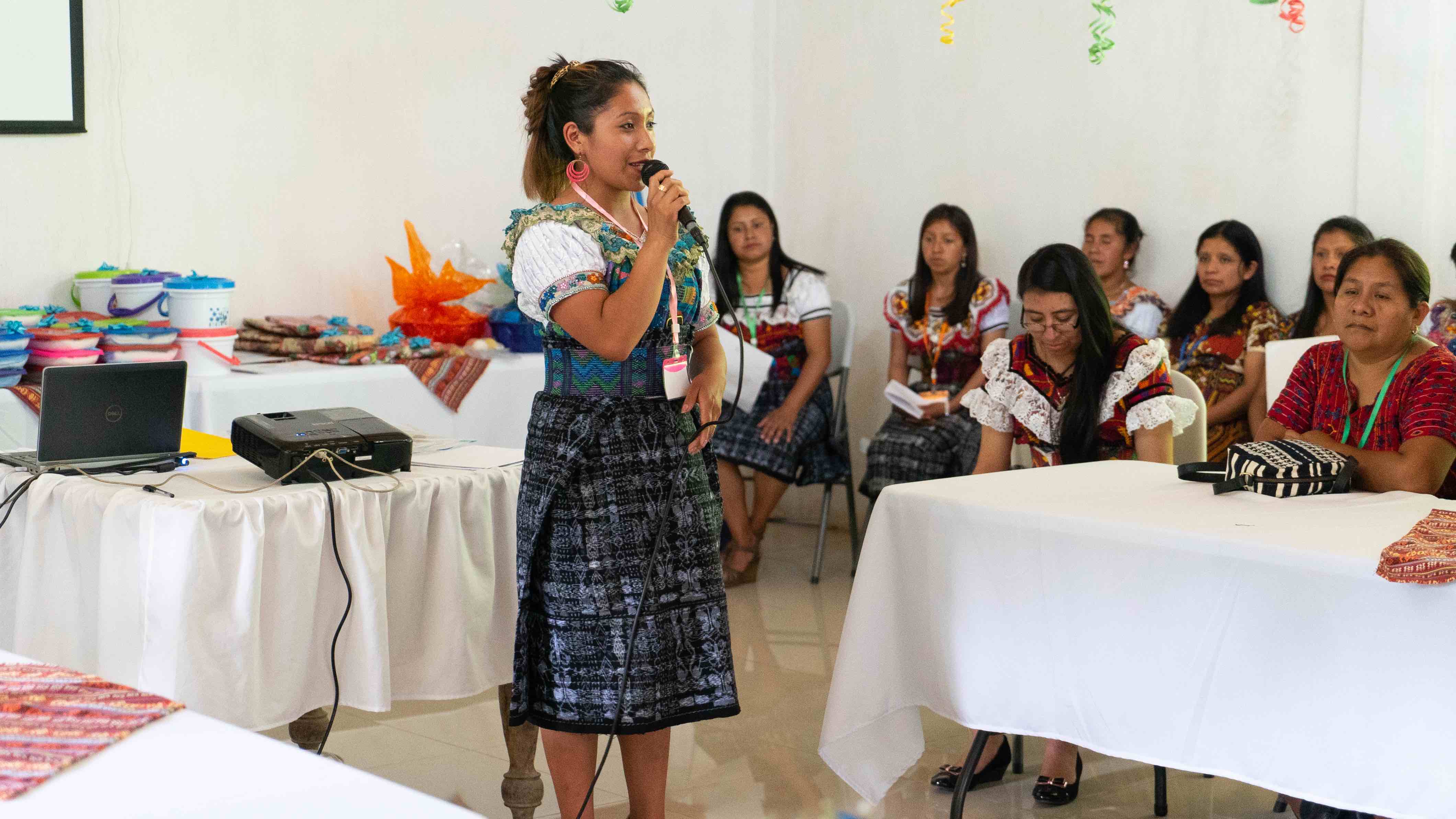