This week, I want to share with you Biviana’s story. Biviana comes from a very small community at the furthest reaches of Santa Lucía Utatlán. She has two young children and began participating in our Early Childhood Development program more than three years ago.

I remember attending one of the workshops where our then ECD coordinator, Cristy, was talking with the mothers about healthy foods to give to their babies when they began complementary feeding and through the first two years. Biviana was on the edge of her seat, she asked questions, and she volunteered to help hand out the Incaparina (a nutrient-fortified warm drink) to all participants. Biviana was not yet a mother leader, but she was sure acting like one.

After the session, I asked Cristy about Biviana.

“She’s new,” she told me, “but I think she could be a mother leader volunteer. She walks an hour to get here and never misses a session.”

‍ I smiled. One thing our staff is very good at is spotting leaders. Biviana was a leader.

Shortly after, we had the opportunity to train 10 mother leaders from our communities with our partner organization, Parenting Journey, to be facilitators in a parenting program. These leaders would receive intensive weeklong training, a big deal for mothers in Guatemala who would leave their children home during the day to attend the training, and become certified facilitators co-leading groups of other mothers through the program.

Biviana may not yet have been a mother leader by name, but we knew we wanted her to participate. I sat with her one day and explained the program. I told her that we saw her as a leader and would like to offer this opportunity to her. She cried.

‍“You have no idea how much this means to me,” she said. “I have been praying with my husband that an angel would come along and help me to become a better parent. I get angry and lash out sometimes at my children. I don’t want to. I want to be a better parent and I want others to learn, too.”

Biviana participated with her whole heart, perhaps my favorite quality of hers, in the training. She laughed, she cried, she shared her struggles. And she graduated as a facilitator of the Parenting Journey program. She began co-facilitating groups with MM staff members, using her story of change as an example for other mothers.
‍

‍
“I have learned how to be a better mother from Mil Milagros,” she shares with mothers in her community who gather weekly throughout the 12-week course. “My husband tells me he sees the difference. I am more patient. I listen to my children. And I believe in myself more. You can make these changes, too.”‍

Because of her leadership and growth, Biviana was chosen as the mother representative for her community in MM’s municipal committee. The municipal committee is a group of teachers, mothers, and municipal council members who meet monthly with a goal to bring sustainable and transformational change to Santa Lucía Utatlán. They had met for several months, preparing a proposal for the mayor of Santa Lucia, to support their communities with fruit at school one day a week and water storage tanks in each of the communities. Among the multitude of pressing needs, they saw these two things as the most important to their communities. So, they diligently prepared the proposal.
‍
Now, who would present the proposal to the mayor? Santa Lucía, like most of rural Guatemala, has a long way to go with gender equality. The mayor and the entire mayor’s council were men. Most of the smaller community councils were entirely made up of men as well. Women don’t have a history of having a voice. So, when Biviana slowly raised her hand, I was shocked and so happy.

Biviana rehearsed the proposal. When the time came, she sat confidently facing the row of men, the mayor in the middle, and stated the need in their communities and their proposal for funding. The mayor thanked her and said they would review the proposal.

‍
Afterward, I asked Biviana how she felt. “I was shaking. Could you see that I was shaking?”

“There is no way I would have done that before,” she stated.

“You were incredible,” I told her.

And a week later, the mayor’s council informed us that they were designating Q65,000 ($8,700) for fruit and water storage tanks for all of the MM communities. Biviana had done it.

Biviana’s story means a lot to me because it shows what Mil Milagros is all about. Yes, we provide essential resources to communities and families. But we also discover leaders who may not even know yet that they are leaders. We help them develop their skills and abilities. And they deliver amazing results for themselves, their families, and their communities. Biviana told us, “Mil Milagros has transformed the families and communities in Santa Lucía Utatlán.” I’d argue that Biviana has transformed Santa Lucía Utatlán. And you have helped her do so. Thank you! 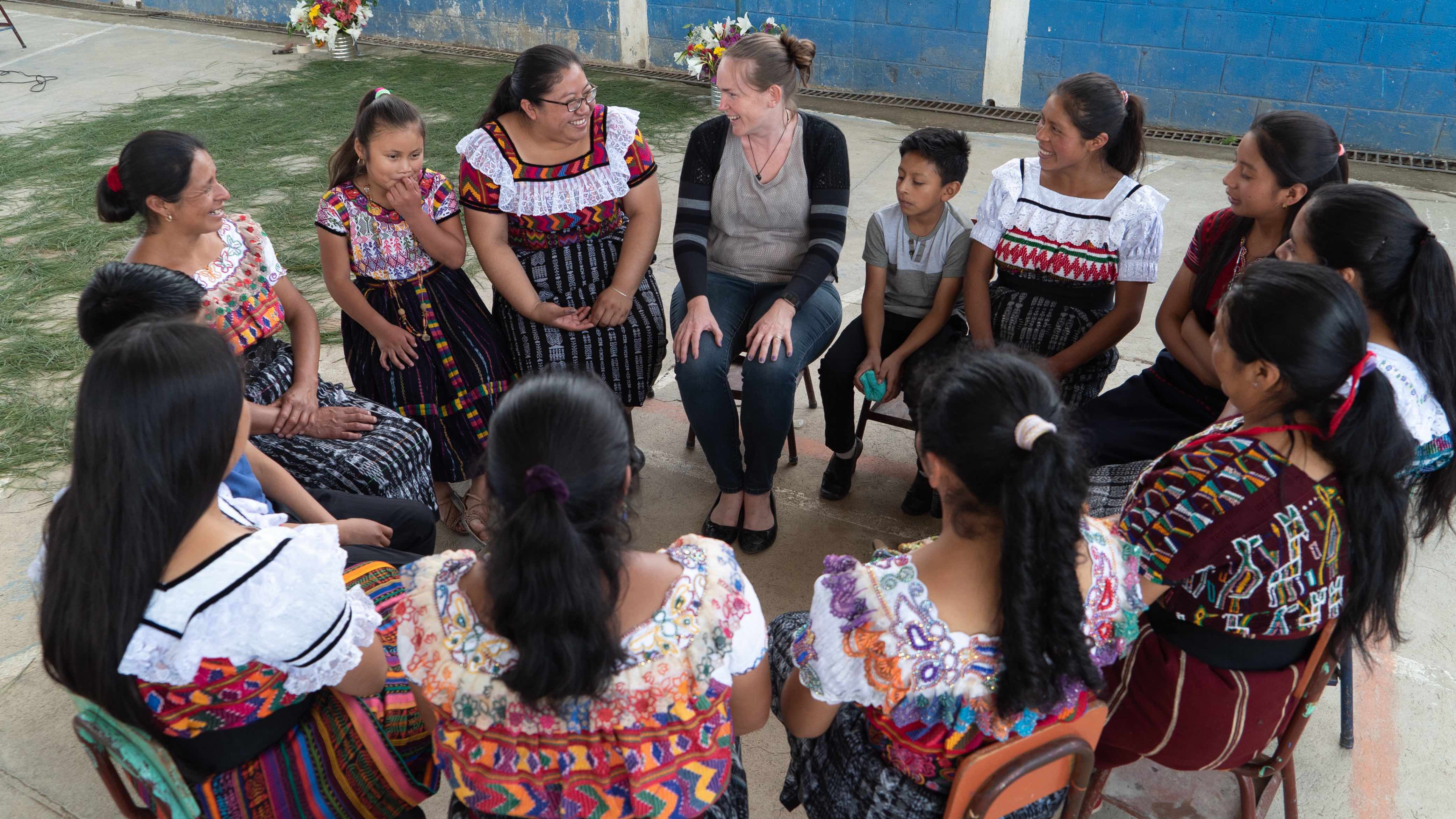 Mil Milagros Executive Director, Carolyn Daly, shares the story of a leader who inspires her. 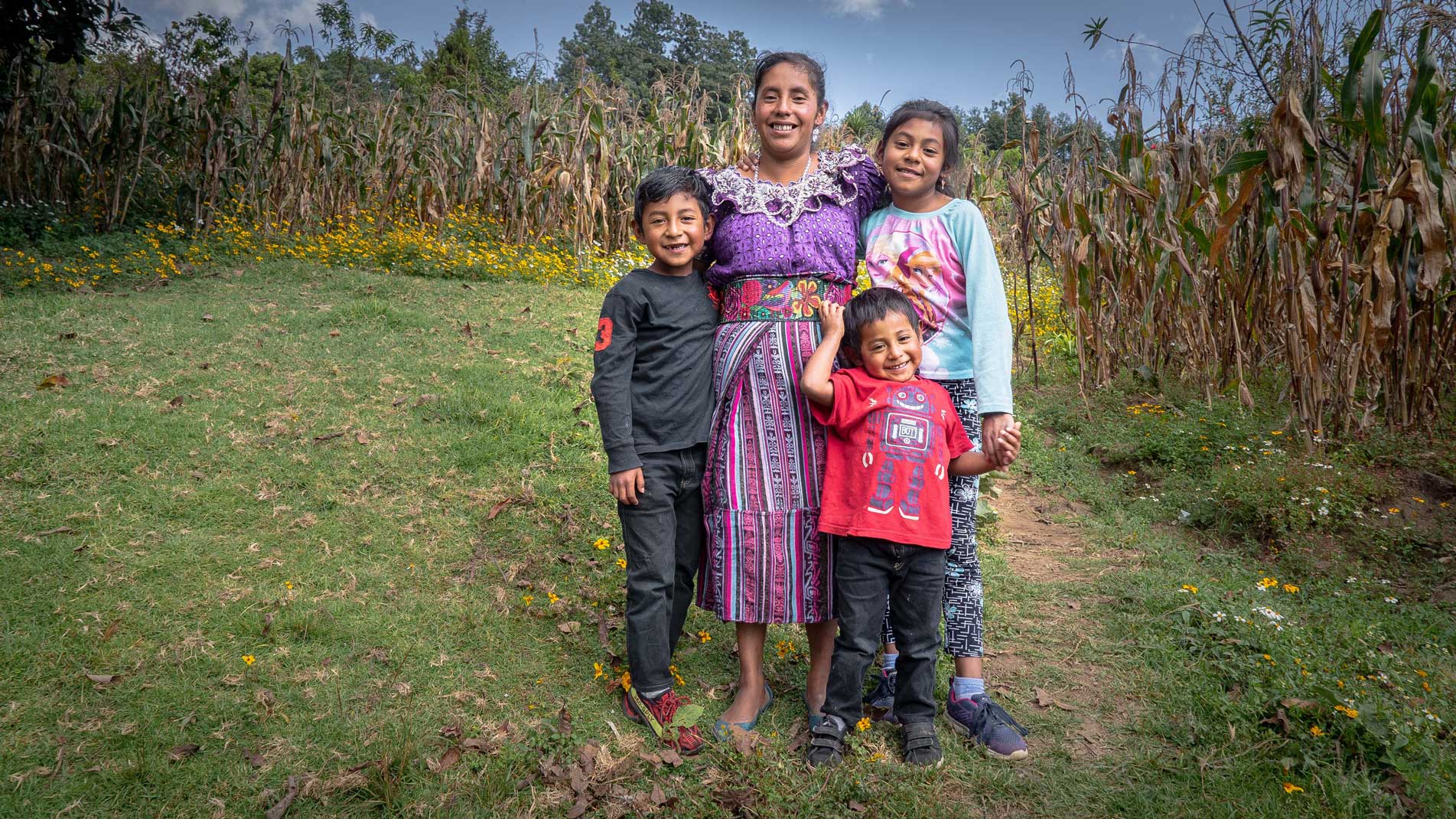 Santos was born into a life of poverty and wasn't able to attend school. Now, as a Mil Milagros Mother Leader Volunteer, she shares her hopes and dreams for her own children and wants to give them opportunities she never had.