There are more than 800 different style of indigenous clothing in Guatemala. In each community in Guatemala, Indigenous Maya wear a different style of traje tipico (traditional indigenous clothing). In Santa Lucía Utatlán, where Mil Milagros works, the huipil (blouse) is characterized by the colorful zig zag pattern and the embroidered collars and sleeves, often adorned with small rhinestones.  The video below shows the beauty and color of traje tipico in Santa Lucía.

‍
The regional differences began as a dress code implemented by the Spanish colonial officials to identify people by community of origin for tax collection purposes. During the Guatemalan Civil War (1960-1996) this system was used to target Indigenous communities. The color, style, or symbols used in the huipil allowed soldiers to know the  age, wealth, ethnicity, and the community of the wearer, allowing them to carry out targeted attacks. More than 200,000 Guatemalans were killed or forcibly disappeared during the Civil War. 83% of these victims were Indigenous. Despite this dark history, Indigenous Maya continue to wear their traje proudly, passing their weaving techniques to the younger generations to keep their culture alive.

Maya women have used the backstrap loom to weave their clothing for centuries. The backstrap refers to the strap the weaver wears around their waist. The looms are often made by the weavers themselves and are highly portable. They can be hooked up to a tree or a sturdy post just about anywhere. To preserve the Maya culture, girls are taught by their elders to weave using the backstrap loom from a young age.

The textiles are woven from cotton yarn which weavers dye naturally using flowers, vegetables, herbs, and bark to create the vivid colors.

Currently, traje is most commonly worn by women, but there are a handful of communities where you can see men wearing their own traje consisting of embroidered shirts and pants.

The most common components of the women’s traje are the huipil (blouse), the faja (belt/sash), and the corte (skirt). In certain communities, the color and size of the faja can signify if a woman is married or single. Depending on the region, you may see other accessories such as the cinta (a type of headband), the tocoyal (a ribbon that is wound around the head ), and the tzute, which can be worn on the head, or as a cloth that can be tied to carry infants on the back.

Maya textiles are famous for their vibrant colors and feature various motifs: geometrical shapes, including diamonds, stars, and zig zags; natural motifs, like plants, flowers, insects, and animals; even human figures, such as saints. Each of the symbols, of which there are many, has their own meaning in Mayan culture.

Zig zags can represent volcanoes or mountains, or the feathered serpent god, Gucumatz, who the Maya believe created humanity. The serpent is also believed to be a guide that will protect us on our life journey.

The interpretation of diamonds can vary depending on what symbols or designs are woven around it. It can represent the four corners of the universe, town squares, plates, or even the weaver herself.

The quetzal  is the national bird of Guatemala. The quetzal is viewed as a symbol of goodness and light and can be seen in many traditional designs.

Flowers represent fertility or new life. The tree of life is another common symbol representing the life of man: birth, growth, reproduction, and death.

‍Doves are the ‘Queens of Paradise’ who provide life and nourishment.

The double-headed eagle: There are different interpretations of what the eagle symbolizes. The two opposing heads can represent good and evil, past and future, or heaven and earth. The eagle is often woven in a geometric style.

The traje is not just an aesthetic. Wearing traje tipico has long been encouraged by prominent Indigenous women, such as Rigoberta Menchu, who wore her traje when she received her Nobel Peace Prize in 1992, bringing her culture to the world stage. It is integral to indigenous identity and a source of pride for many.  “When I wear my traje I feel connected to my roots,” said Isabel, Mil Milagros’ Education Coordinator. “I am showing the world my cultural identity and where I come from.” Each individual symbol, intricately woven design, and vibrant color illustrates the rich Maya culture that is still thriving after thousands of years in Guatemala. 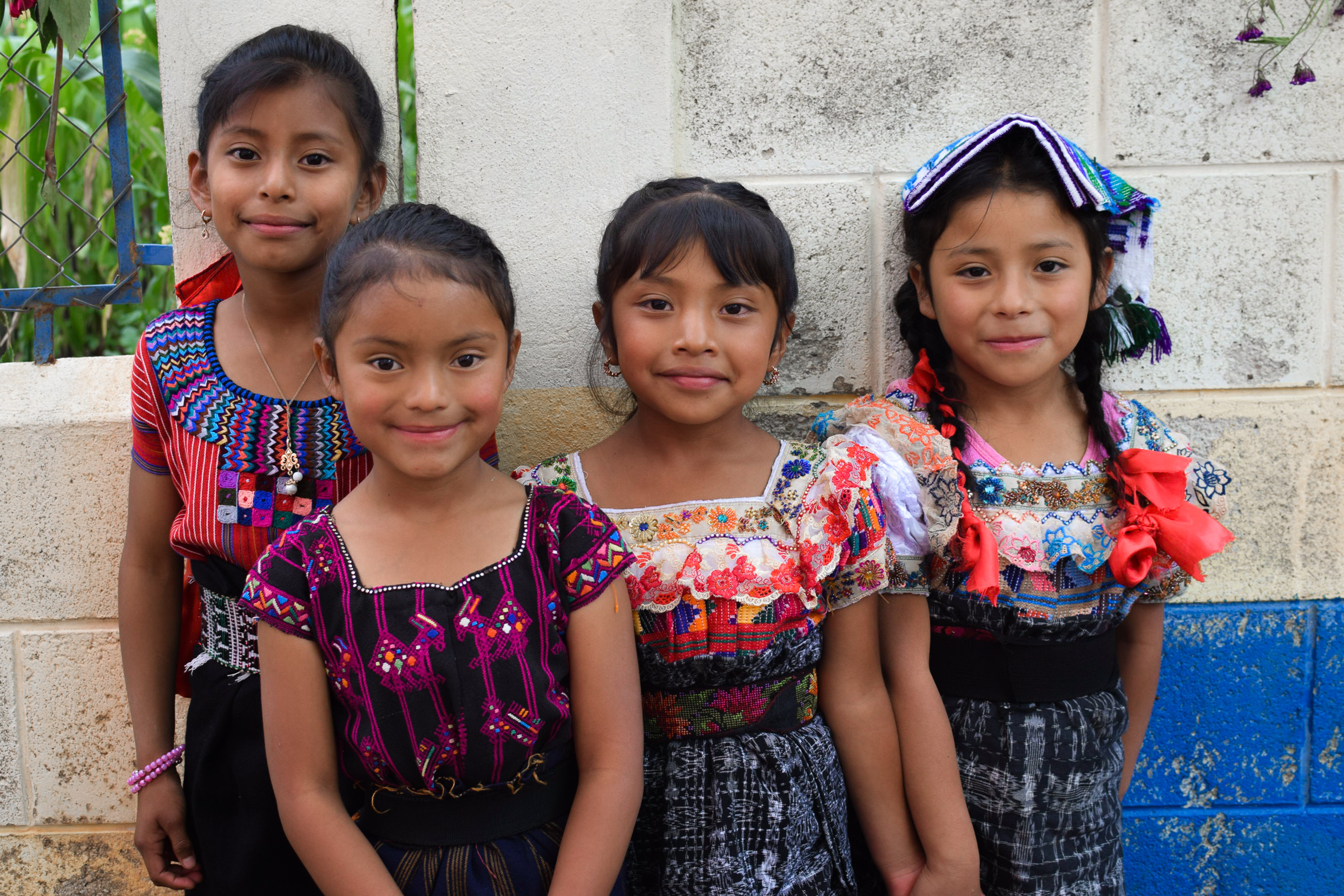 Did you know there are 25 languages spoken in Guatemala?