Los Planes, a small village in the Western Highlands of Guatemala, can’t be found on Google maps. The corn fields nestled between miles of forest change colors with the seasons: lush green during the rainy season, beige picked-over stalks during the harvest, and miles of brown dust during the dry season. People in this community have a special phrase for walking during the dry season, which translates to something like “getting dust all over yourself.”

In this agrarian community, the dry, dusty seasons have seemed to stretch longer and longer in recent years. Drought has weakened crop yields, sending many parents to the United States in search of jobs. Marvin, the principal of the Los Planes primary school, says that when parents immigrate to the United States, they often leave children in the care of elderly grandparents or aunts and uncles who are already raising children of their own. Children as young as four and five, who are learning their letters and numbers, are also learning to live without their parents.

To be a teacher in rural Guatemala is to work with large class sizes, few resources, and poor training. Guatemala’s public expenditures on education as a percentage of the GDP rank in the 17th percentile in the world for primary school and the 0th percentile for secondary school (UNESCO). Teachers often go on strike, protesting low salaries and insufficient resources to do their jobs effectively.

Increasingly, teachers in rural Guatemala have to take on the role of parent in the absence of parents in their students’ homes.

“Our job [as teachers] is becoming more challenging because so many parents have immigrated to the United States,” Marvin explains. “We can’t do much about this because we can’t tell parents what they can and can’t do. Each family has their own situation. But we can support their children so that they don’t feel abandoned.”

Marvin has worked at the Los Planes school for 12 years - first as a teacher and now as principal. He has followed in the footsteps of other teachers. “My dad was a teacher, and so was my uncle. I always knew I wanted to be a teacher – ever since I was a little kid.” It is evident that Marvin has great rapport with his students. Striking a balance between authority figure and trusted friend, Marvin often has conversations with students about how they are doing. He knows the home life situation of each child in the school, an impressive feat for a principal in a school of nearly 200 children. He can tell, just with a glance, when a student is feeling sad. He holds meetings with the teachers about how they can better support the children who have parents in the United States. “I had some really great teachers when I was a kid. I just try be like them.”

Marvin makes sure his students are healthy, well-fed, and literate. As part of the school’s three-year partnership with Mil Milagros, he has successfully engaged the community to provide nutrition, health/hygiene, and education programs. The entire Los Planes village has rallied around the school. “Solidarity, I think, is my community’s biggest strength. The whole community supports the school now,” he says. “The town council, aunts, uncles, and even grandparents support the school.”

“Since we began working with Mil Milagros, I have seen big changes in the children – they have developed healthy habits. Most children go straight to the sink to wash their hands as soon as they arrive at school.” Little things like this make a big difference for children in rural communities that lack access to water - and where 98% of the limited water supply is reported to be contaminated. The hygiene education and supplies that Mil MIlagros are critical especially since many families can’t afford basic supplies like soap and toilet paper.

“Before, when the children didn’t have good hygiene habits, they got sick a lot. They often missed school because they were ill, or dizzy, or had a headache, or diarrhea – but now, they don’t get sick as often and they don’t miss as much school.”

Marvin hopes that these efforts will lead to more children completing sixth grade, going on to high school, and then college. “The families are starting to invest more in their children’s education, because they have seen the value it has. If you have more than a sixth grade education, you can get a good job here in Guatemala and you don’t have to go to the United States.” 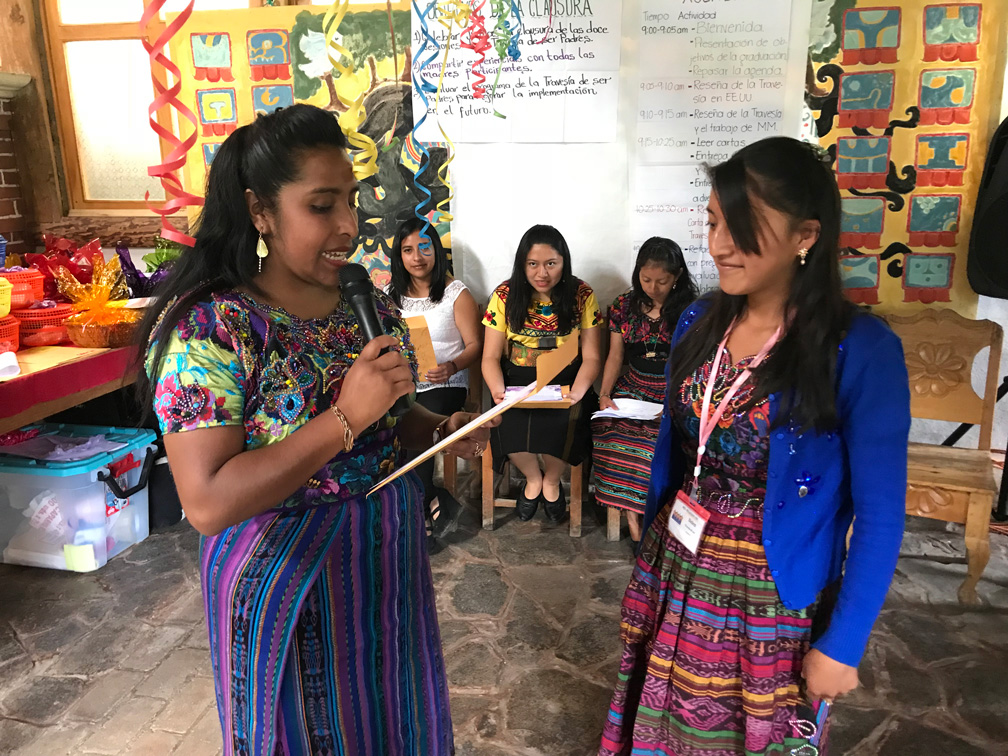